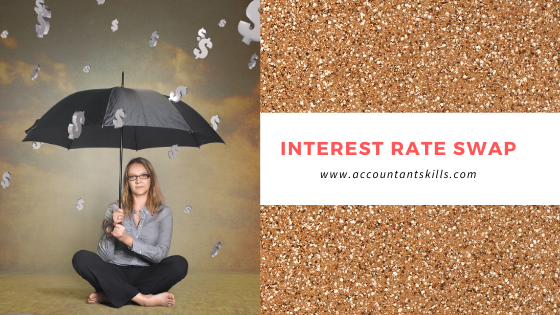 What is Interest rate Swap?

An Interest rate swap is a contract between two parties to exchange interest rate between them over the period of time.

The two parties can come to an agreement whereby both parties will reduce their costs of borrowings. Swap are generally terminated by agreeing a settlement interest rate, generally the current market rate.

There are two main types of interest rate swaps:

In Coupon swap, one party makes payment at a fixed rate of interest in exchange for receiving payments at a floating rate (which changes for each payment). The other party pays the floating rate and receive the fixed rate.

Point to be noted that, most Interest rate Swaps are coupon swaps.

A swap may be arranged with a bank, or a counter party may be found through a bank or other financial intermediary. Fees will be payable in bank is used.

A Bank may be able to find a counterparty in more markets than if the company seeking the swap tried to find the counterparty itself.

a) Firstly, it is necessary to calculate the interest rate differentials:

The interest rates that can be achieved through the swap are:

Cash flows would be: LIBOR from Zeta to Stelvio and Fixed of 1.5% from Stelvio to Zeta.

With the swap Stelvio would be paying 4.5%