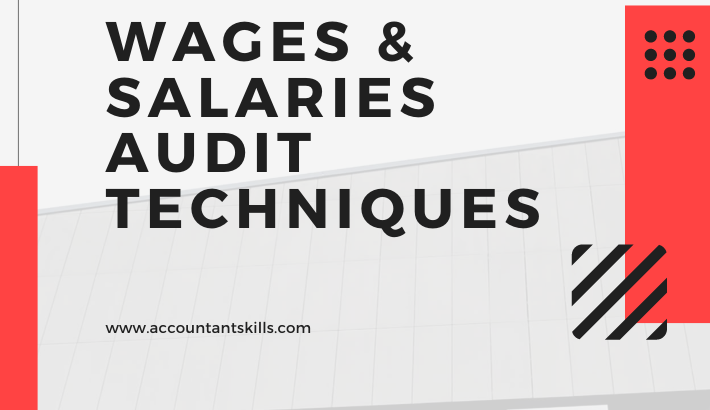 Payroll audit starts from verifying the data across the various accounts and software system that manages the data of employees. By auditing payroll an auditor may uncover both innocent mistakes and fraudulent activity. Some employees may be appointed for part time but they may be paid for full time payments.

However, sometimes excessive disbursement may happen mistakenly, or intentionally to the permanent and casual employees. Again, sometimes payment may be paid to the workers or employees who didn’t work or who already left the company. Considering these issues an audit is required to minimize the risk of excessive payment and minimize the chance of fraudulent act.

Considering the overall risk area and nature of errors or fraud, I will try to find out some key points which may help to the auditors in planning and performing work on the payroll.

Step 1: Typical Control Objectives of wages and salaries to be tested:

In this respect the auditor should perform the test of control to confirm whether the internal control system are properly met. To evaluate this part auditor may make a questionnaire and will try to get the answer of this questionnaire and complete the assignment of this part. However, following points to be noted by an auditor to verify the accuracy of the payment:

If the auditor confirms the control exists, then he will perform tests of controls. In case of weak controls or absent of the control, an auditor will perform the substantive procedure to determine material misstatement.

However, Considering the Steps 1 & Steps 2, we can make an audit guideline to detect frauds and misappropriation of funds. The following procedures an auditor can take to accomplish this assignment:

Following steps could be taken by an auditor to detect frauds and misappropriation of cash: