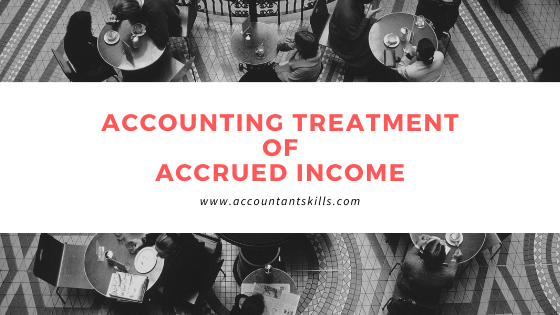 What is Accrued Income?

The Adjustment entry of accrued income are as follows:

(Being the adjustment entry made for accrued income)

The accounting Treatment of Accrued Income in the final account are as follows:

The accrued income is added to the relevant head of income on the credit side of the income statement to increase the amount of income for the current year.

Accrued income is the assets of the company and shown on the assets side of the Balance Sheet because this is a debt due from a party of the business.

On 31st December’2018: Rent earned but not received

Other Accrued Income for Example:

Accrued Commission, Interest earned etc. are the another example of Accrued Income. The Journal entries are shown on the table: